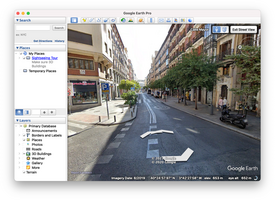 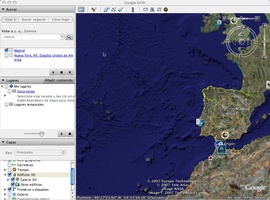 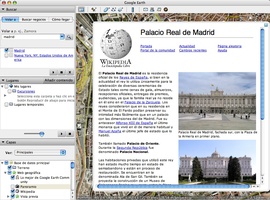 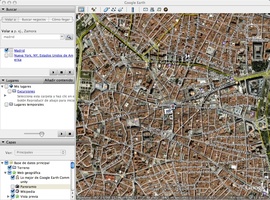 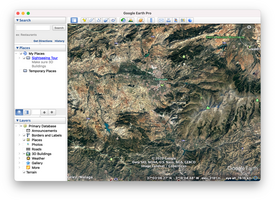 Advertisement
The whole world on your screen. That what Google Earth promises you. This is one of the most amazing applications you can find nowadays. All the power of lots of satellites on your PC. A spectacular map database accessible with one click.

Choose any place in the world and view it perfectly from above, then choose another place and travel as if you were flying over all the cities between those two localizations.

It's amazing, and it's being improved day by day. Now it also includes 3D cities, but that's not as stunning as viewing the streets with the options Google Street View which places you in the middle of the street viewing the real images of the streets included (which are more and more day by day).

The layer system allows you to know a lot about the places you desire: hotels, restaurants, petrol stations, hospitals, monuments... You can use Google Earth to know the distance between two points or to get directions.

While Google Earth had its moment, it's quite clear that it's lost momentum over the years due to largely being eclipsed by the features on Google Maps and a clear absence of new developments in 3D visualization. Two years ago a new automated 3D viewing system for buildings and geographical features was implemented to replace the outdated, manually uploaded static 3D models. Now the latest version of Google Earth has jumped lightyears ahead of all that, offering an impressive interface from which to explore the world with an unimaginable precision and level of detail, and with added tools for discovering remote places all around the planet.
See more

I have google earth 7.1.1. with buildings in 3d on my samsung note android phone. I downloaded GE 7.1.1. for macs to my mac BUT when I zoom in to see downtown Houston for example the buildings are not...

the program is super! thanks for giving it for free!