Explore the world from your office 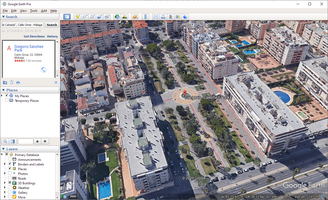 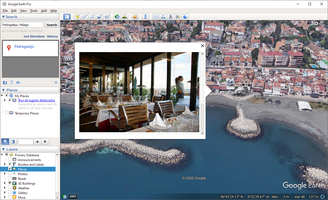 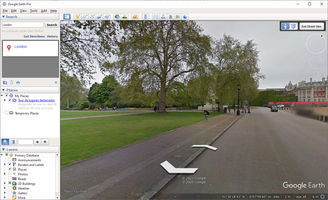 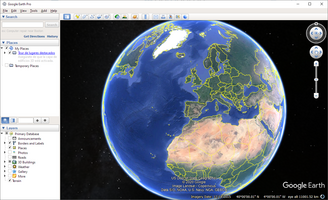 Advertisement
If you love exploring, Google Earth takes you where you want. Quickly zoom from space down to street level and combine imagery, 3D geography, maps, and business data to get the total picture in seconds.

Probably you have heard something about this program in the news, because its quality and reliability is so good that some people think that is dangerous because you can see any place in the world with an excellent image quality.

Now traveling is easier and cheaper than ever. Right from your office or wherever you are with your Computer and Google Earth you can go to street level of any place in the world.

Even you will be able to see 3D pictures of the most important places in the world. You will know where it is everything, from the road 55 until a school in Europe.

One of the things everybody does when using Google Earth for first time is seeing where they live... because you can even see the flat where you live, sometimes with a really good image quality.

What do you want to visit today? Have you ever seen Havana, Costa del Sol, the Big Ben, the White House, the Eiffel Tower, the Pyramids of Egypt? Now you can see them in your computer simply clicking on them.
By Álvaro Toledo
Impressive Google Earth update rolls out after two years of silence

While Google Earth had its moment, it's quite clear that it's lost momentum over the years due to largely being eclipsed by the features on Google Maps and a clear absence of new developments in 3D visualization. Two years ago a new automated 3D viewing system for buildings and geographical features was implemented to replace the outdated, manually uploaded static 3D models. Now the latest version of Google Earth has jumped lightyears ahead of all that, offering an impressive interface from which to explore the world with an unimaginable precision and level of detail, and with added tools for discovering remote places all around the planet.
See more

Can you download a version that shows the whole planet live and direct? if there can send me the download link ,, thanks

Can I use it with google chorche on a system that operates windows 7 ??